The most anticipated spin-off

Every story has a beginning. And, of course, "Breaking Bad" could not be an exception. The extraordinary AMC TV series, developed by the creative genius of Vince Gilligan and Peter Gould, will be continued by a highly anticipated prequel: "Better Call Saul". That is, the exciting world of the Saul Goodman character -in this production, we will know him by his real name, Jimmy McGill-, a professional trickster who practices law and, eventually, would become the legal advisor to New Mexico's greater druglord: Walter White, better known by the mysterious pseudonym of Heisenberg.

In fact, that awaited milestone will be the real turning point in the plot of this story, although the excellent screenwriting duo has not confirmed, as it seems, if that moment would happen in the first season, whose action has its start in 2002.


Better Call Saul, the exciting world of the Saul Goodman character, a professional trickster who practices law and, eventually, would become the legal advisor to Walter White, better known by the mysterious pseudonym of Heisenberg.


The new AMC original show was released yesterday in the US and, 24 hours later, the first episode will air in Spain through Movistar TV. From now, we can only enjoy the successive episodes in the story of this particular lawyer. 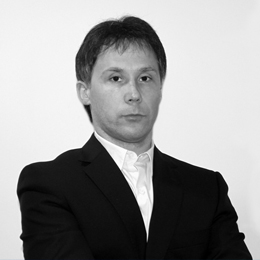 Communications Manager and Spanish (ELE) Instructor. I also like to write about current issues related to my profession and my favorite hobbies.